Although Rhode Island was open and progressive in its stance on religion, its suffrage laws did not always reflect the same openness.  Over the course of the state’s 300+ year history, various disenfranchised groups have petitioned the General Assembly and the US Congress for the right to vote. These groups include: Jews; Catholics; Native Americans; African Americans; and women.

The most dramatic event related to suffrage in Rhode Island was the Dorr Rebellion of 1842, when the quest for expanded suffrage resulted in the state having two sitting governors and two legislative bodies.  While the violence that arose from this unusual situation was quickly quelled, it is a dramatic example of the lengths people will go to in order to have a voice in their government.

You can learn more about suffrage and the Dorr Rebellion from our interactive timeline. 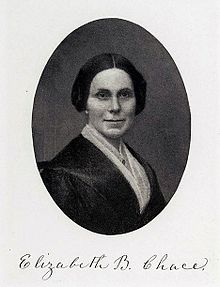